Fables of the Kingdom – Join a spectacular mission!

There were several contenders for game of the month for March, but in the end we couldn’t get around Fables of the Kingdom. Unlike the two previous Worldwide Premieres, it’s not a Hidden Object game. Fables of the Kingdom is a true Action/Simulation game, with its exciting story, challenging levels, beautiful graphics… Another gem is waiting for you!

About Fables of the Kingdom

The story of Fables of the Kingdom is set in a small but beautiful kingdom. The inhabitants live happily, engaged in trade crafts and farming. Everybody is pleased with the wise and glorious King. Everything seemed perfect … Until one day everything changed!

The Kingdom was attacked by an evil sorcerer. Having destroyed everything in his path, he disappeared as suddenly as he had appeared. The King was so saddened by the devastation that he could not eat or sleep for several days. But when he heard that his daughter had been kidnapped by the evil Sorcerer, he was in great despair. What was he to do?

Right at that time, there was a rumor of a brave young man with a good heart, who helped the local people in any way he could. This was like music to the King’s ears and so he asked the local hero to find his daughter and bring her back home. Can you help our hero accomplish this important mission? 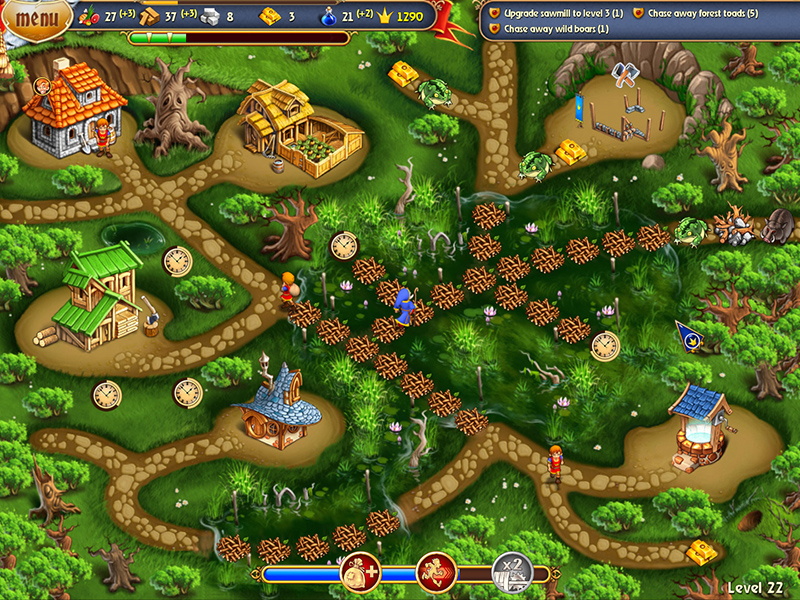 The beginning of Fables of the Kingdom is very promising. The enticing cartoons draw you into the game and reveal the story beautifully. After this short introduction, it’s time to roll up your sleeves and get to it. What kind of adventures await? I’m curious!

What immediately strikes me is the level of detail that has gone into the background. The clouds are moving, the water is flowing, the torches are burning and the mysterious creatures respond. Luckily that’s also the case in the levels themselves. This makes you feel like you’re actually in the game world itself. Great!

When you look closely at the map, you get a clear idea of what to expect. I must say that I’m very curious about the dragon, but also about the big green troll and the castle. There are a lot of different landscapes as well. I see rugged mountains, deep caves, green forests and more. Exciting!

Like many Action/Simulation games, the first levels are a breeze. A prelude to the real thing. This is no different in Fables of the Kingdom, and I must say, it’s nice to refresh your memory and get accustomed to the gameplay with some easy levels.

The more levels I play, the greater the challenges become. After seven levels I’ve already built farms, repaired bridges, scared away wild boars and bears, rescued a King’s messenger and disarmed traps. By now I have two workers working overtime. I hope they don’t go on strike! 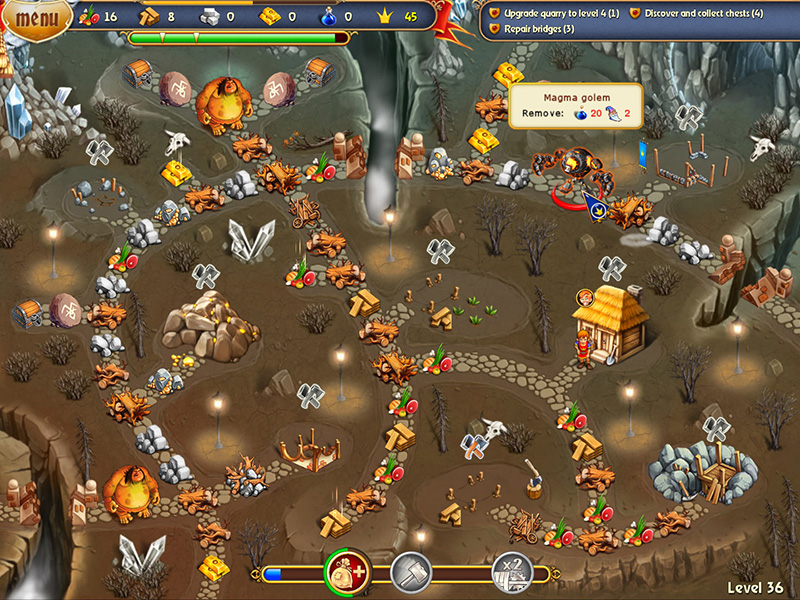 The developers of Fables of the Kingdom have added an exciting time element to the game. Depending on how quickly you complete a level, you’re rewarded with one, two or three stars. As you begin each level the clock starts ticking and the race to get those three stars at any cost is on. This creates an extra challenge, and a hefty one at that!

I don’t want to give away too much more than that, because of course you need to discover a good Action/Simulation game by playing it yourself. One thing I can promise, however, is that a lot more adventures await you. Encounters with unexpected characters, powerful spells and much more!

Fables of the Kingdom is certainly one of the best Action/Simulation games I’ve ever played. The graphics are great, the story line is interesting, the levels become ever more challenging – even for experienced players, the atmosphere and the gameplay are attractive, and perhaps most importantly; this game is extremely addictive!

Are you prepared for this challenging mission? Play Fables of the Kingdom on GameHouse now! 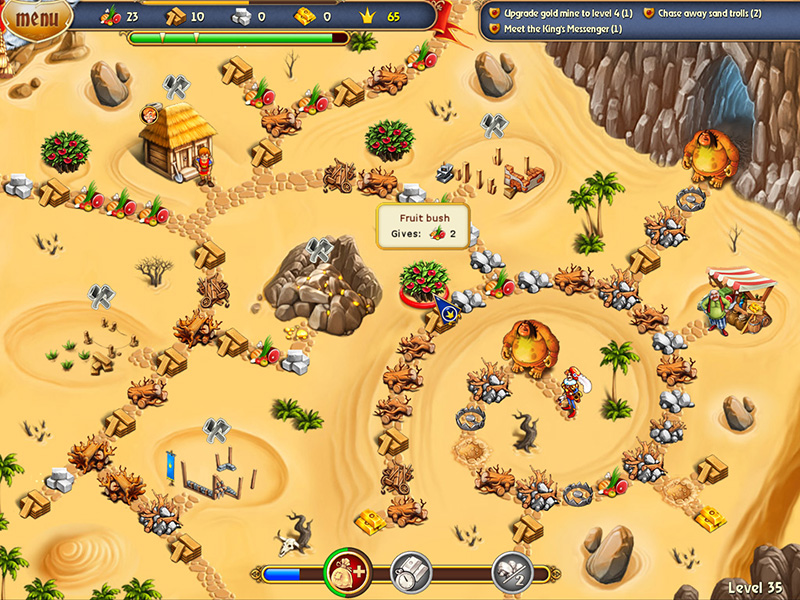 What do you think of Fables of the Kingdom? Do you agree with my review?

Play Fables of the Kingdom yourself and share your experiences in the comments below or on Facebook or Google+!