Choosing our Game of the Month for February was a no-brainer. Taken Souls – Blood Ritual combines so many great gaming features that it had to be our new Worldwide Premiere game. Incredible graphics, a rich story and countless gameplay features… Playing a heroic detective has never been more challenging!

Genre: Hidden object
Taken Souls – Blood Ritual takes you to a world beyond imagination. Centuries ago, this world was divided into two; the World of Technology and the World of Magic. Generations later, billionaire Coins Witwell tries to reunite them. The question is, however, will this do anyone besides himself any good?

Opponents take their stand and an earth shattering clash ensues. Many lives are taken and even more are at stake. As a revolutionary detective from a respected sleuthing family, you James Farrell, need to put things in perspective. Search for hidden objects and sort your evidence in inventive mini-games to determine the world’s fate.

Get a sneak-preview of the game!

What impresses me directly are the incredible graphics of the game. The scenes are perfectly set and everything regarding them seems to suit the story. It might be a fictitious world, but wow! This game is not for the weak-hearted.

The story is compelling, but somewhat hard to comprehend in the beginning. Both the scope of the events happening and the amount of characters involved is overwhelming. However, this is balanced by the incredibly detailed information that is constantly provided, to help you keep track of everything.

The gameplay is as you would expect from a really good hidden object mystery. Cool mini-games, beautiful scenes and all the options to adjust the gameplay to your liking at hand.

But Taken Souls – Blood Ritual has some added extras! Your own fingerprint scanner, camera and minilab, and a detective’s bulletin board. This game, more than any hidden object game I’ve ever played before, makes you feel in charge of the events taking place. 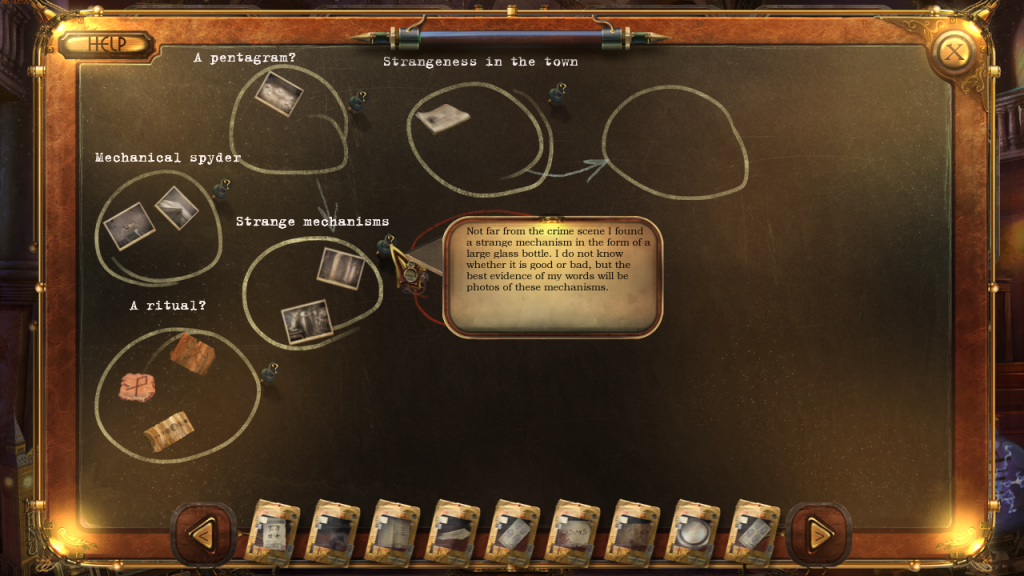 I feel like Taken Souls – Blood Ritual really tried to take the hidden object genre to the next level. Regarding the graphics and overall gameplay it certainly lived up to expectations!

Personally, I felt like every now and then I was overwhelmed by information. Each individual feature, storyline or information snippet was incredibly well thought-through. And although they individually added great value to the game, I was sometimes distracted by them, and found it hard to stay on track. Quite the challenge!

But don’t let this put you off. I’m quite new to playing hidden object games, so it might be more of a beginner’s issue. To the more experienced players amongst us the game will probably feel like a hidden object detective’s dream.

Taken Souls – Blood Ritual is incredibly impressive, but you need to be on top of your game. It’s a real challenge!

Storyline ★★★☆☆ (It’s intriguing and complex. Almost too complex?)
Graphics ★★★★★ (Just incredible!)
Characters ★★★☆☆ (More time to introduce them would be good.)
Gameplay ★★★★☆ (The amount of playable features are beyond compare!)
Atmosphere ★★★★★ (Wow, it feels like an eerie reality!)
Challenging ★★★★☆ (The amount of features makes it a real challenge.)
Addictive ★★★★★ (You really don’t want to stop until you figure out everything.)

Did you play the game already? And what did you think of it? Are you as excited as I am?

Play Taken Souls – Blood Ritual for yourself and share your opinion down here or on Facebook or Google+!