Flight as a Natural Wonder

Are you as much in awe of flight as I am? I remember my first flight and I’d like to share the story with you.
It was in January, 1970 on a TWA (the former Trans World Airlines) DC-9 from Cleveland, Ohio to Indianapolis, Indiana. It was a cold, sunny morning and I vividly recall how swiftly that little airplane rocketed down Runway 23L at Cleveland Hopkins International Airport. Moments later we were airborne and climbing high.

A ‘miracle’ of physics

Having spent a bit of time reading up on the concept of flight, I knew how and why that metal machine could lift off the ground and be carried into the sky. But it still felt like a ‘miracle’ to me. How can something that large – that heavy – defy gravity and take off? It’s really quite simple and you can demonstrate it yourself in an easy and fun experiment. 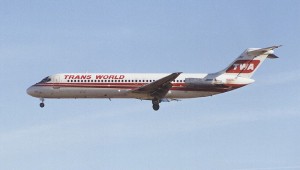 Let’s have some fun with the physics of flight!

In 1738 a Swiss mathematician, Daniel Bernoulli, published a book titled Hydrodynamica. In it Bernoulli stated that when a fluid (in this case, air) travels faster its pressure drops. You can see the result by conducting a simple experiment. Take a piece of paper and grasp it at one end, holding it up in front of your mouth. Allow the paper to curl downward under its own weight so that it is limp and sagging toward the ground. Then round your lips and blow steadily across the top of the piece of paper. You’ll see the paper rise up toward you and nearly straighten out! 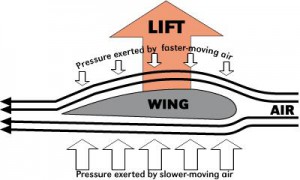 Themes of flight are found in many areas of our lives; it doesn’t have to be limited to aviation. For example, have you taken a flight while playing casual games? Did you know that was even possible? Sure is! In Unsolved Mystery Club™ – Amelia Earhart™ you can not only follow the mystery of the famous lost aviator but you can learn to fly in a variety of mini-games. Maybe you’d rather pilot a fighter in the action games Platypus and Platypus II. Or try your skills at helicopter piloting in AirStrike 3D! No matter how you’d like to fly, GameHouse is ready for takeoff with our Airplane Games.

Don’t forget to stay in touch with us on our Facebook page or on Google+ and tell us about your favorite flight games. Have fun!