Pets Can Make Us Healthier!

Most of us have experienced the joy of pet ownership, but did you know that keeping a pet can also make you healthier? It’s true!

Studies have shown that an activity as simple as petting a dog or a cat can have a marked effect upon heart rate and blood pressure. Pet ownership has even been linked to improvements in cholesterol levels. But how do our pets provide these benefits for their human companions?

It may be simply that playing with a pet, such as the family dog or cat, can elevate levels of chemicals in our brains that have a calming and pleasurable effect on us humans. This healthy condition can help counter the effects of other neurochemicals, which are released under stressful conditions and which can have a negative impact upon our immune systems. Dr. Blair Justice, a psychology professor at the University of Texas School of Public Health and author of Who Gets Sick: How Beliefs, Moods, and Thoughts Affect Your Health, describes a “state of dis-ease” that people who are stressed can develop.

Pets to the Rescue! 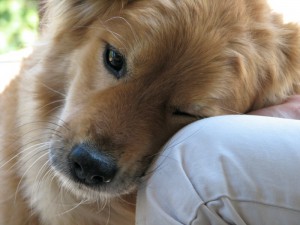 In one study at the State University of New York at Buffalo, stockbrokers with high blood pressure who adopted a cat or dog had lower blood pressure readings in stressful situations than did people without pets. Several studies have demonstrated that heart attack patients who have pets survive longer than those without, and men who own pets show less sign of heart disease — lower triglyceride and cholesterol levels — than those without pets.

And then there are the numerous examples of service animals whose eyes or ears serve as those for many people whose sight or hearing have been compromised. But it doesn’t end with those two senses. For example, dogs have shown an ability to detect slight behavioral changes in people who are about to have a seizure. These ‘seizure alert dogs’ are trained to alert their human companions to such events with enough notice to allow the person to take medication, seek safety or summon help.

‘Seizure response dogs,’ on the other hand, respond to a human companion who is having a seizure by placing themselves between the person and the floor or other surface against which they may fall or by lying next to them during the event. They can also be trained to alert other family members to the situation.

Some pets even like to play computer games with us! I once had a neighbor with a sweet male cat, who was deaf and who had lost an eye. Little “Spikey” would visit and jump up on my lap while I sat at my computer. He was fascinated with the movement of my mouse and its pointer and we would sometimes play for extended periods of time.

Spikey’s favorite games? Match 3! He would often paw at the images of the objects as they fell off the board. I laughed a lot with that old cat and I derived the health benefits of being more relaxed and at ease. Bet my blood pressure was lowered too!

Do you have pets that play a role in keeping you healthy? And do they watch or interact as you play games? We’d love to hear from you on our Facebook page or on Google+.

More info about the author Bill can be found here, or on Google+