Epistory – Typing Chronicles: A Story That Unfolds Before Your Eyes

Once upon a time

There was a girl

And she rode upon the back of a great fox

But they were lost

They had always been lost.

This is the narrative that begins Epistory – Typing Chronicles, a unique and charming action/adventure game whose distinctive playstyle revolves around typing.

“But how does that work?” you may ask. After all, typing games aren’t exactly a massive genre unto themselves, and distinctly fantastical, non-strictly-educational versions are even more uncommon. While there have been comical gems such as Mario Teaches Typing and The Typing of the Dead, both relied on already-established brands and franchises. So what makes Epistory so unique?

In short: Pretty much everything. 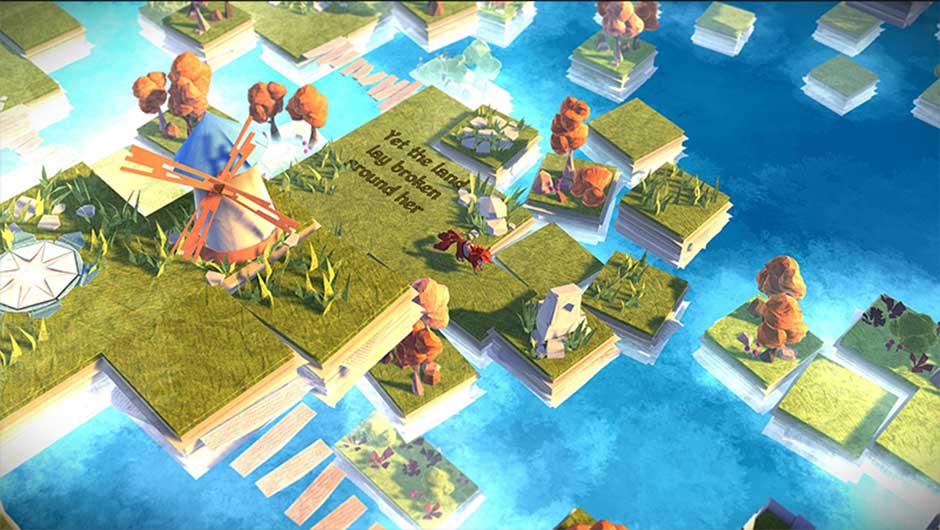 You play the role of a young girl, riding upon the back of a great three-tailed fox very similar to the mythical Japanese kitsune. Together, they pursue her literary muse – riding through an origami world reminiscent of Okami, whose pages are plagued with insectile corruption. As you travel, the story is written into the very world you explore, and as her creative influence expands, the world will – literally – begin to unfold before your eyes. 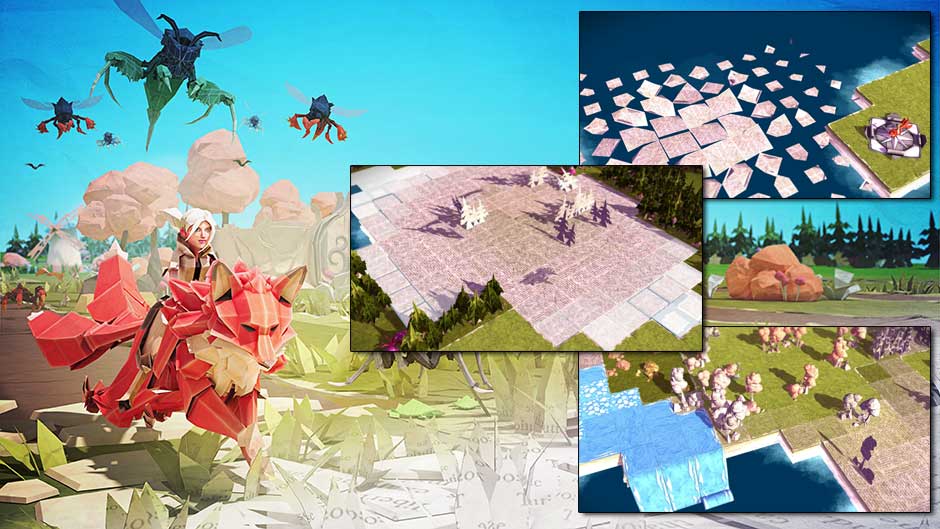 Explore and watch the world unfold around you!

But, you are a writer! There’s no action button or special items to attack your enemies. Instead, the game relies on your typing abilities. As you encounter obstacles and enemies alike, words will appear over them. You will need to type these words in order to clear obstacles, defeat enemies, and restore the world around you. 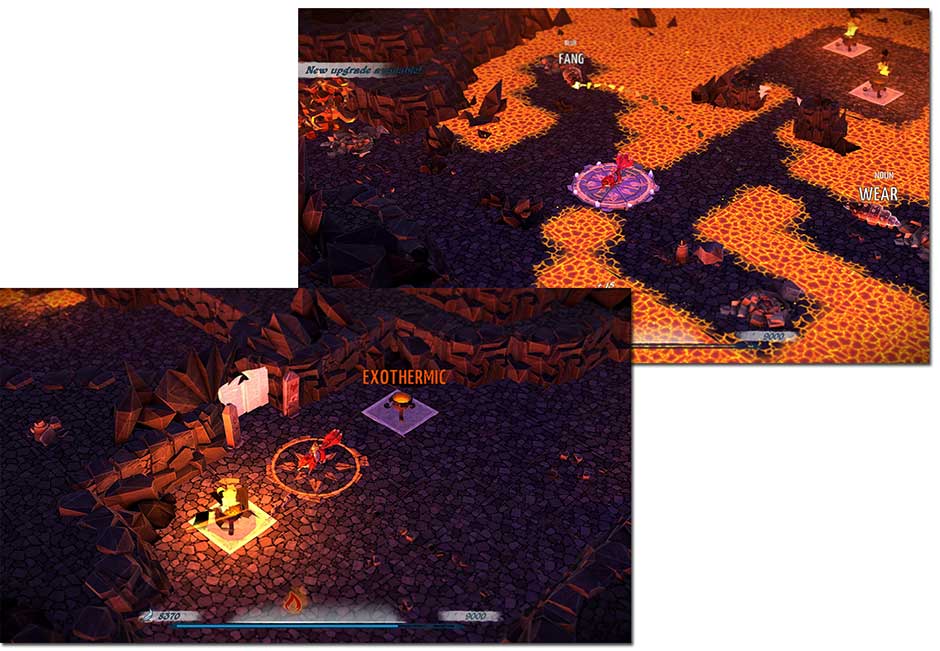 Use your keyboard and typing skills to defeat enemies and solve puzzles!

The tougher the enemy or obstacle, the more difficult, lengthy words you will encounter. Some are timed, and some require multiple words in order to be overcome. Adjustable difficulty ensures a challenge awaits you, regardless of whether you’re just starting out on a keyboard, or are a seasoned, 65 words per minute veteran. Navigation controls are also adaptable if you prefer the WASD layout to the game’s default EF-JI orientation. 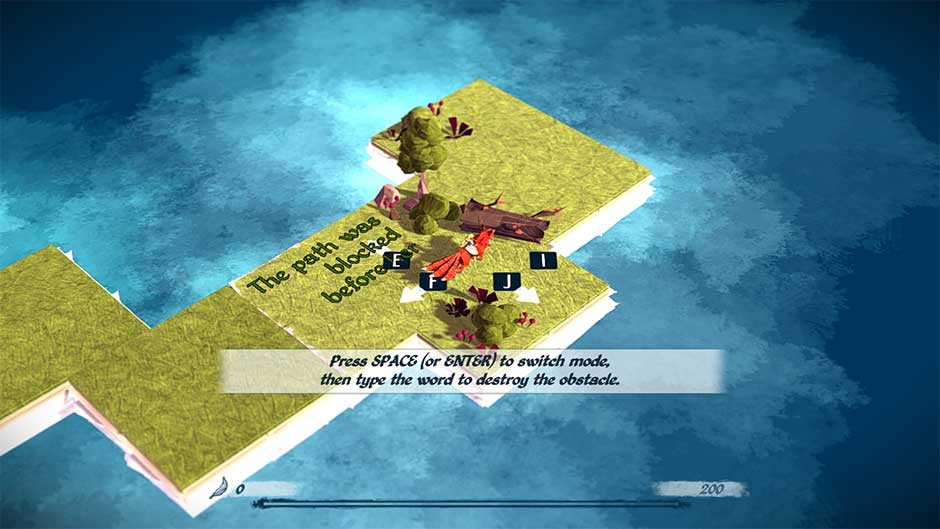 You can navigate with the game’s default keys, or with the WASD keys.

To further expand the game’s unique appeal, a series of upgrades can be purchased to further customize your experience. Earn inspiration points by defeating enemies and overcoming challenges, then use these points to improve speed, abilities, combos, and more. Epistory will even keep track of your personal statistics, which you can compare with friends who also play. 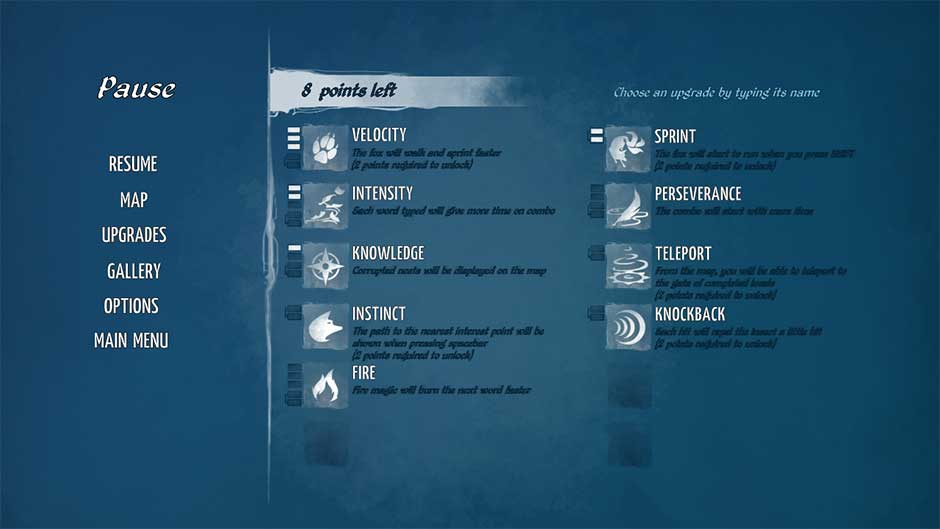 The World Unfolds Around You

Summarizing Epistory – Typing Chronicles is a momentous task. Discover the magic of words and spoken narrative in our exclusive GameHouse trailer:

Experience the magic of Epistory – Typing Chronicles for yourself!