Mah Jong Medley is a fun and addictive puzzle game designed to delight hardcore Mah Jong solitaire game players. Gone are the adventures, quests, stories, mini-games or puzzles. Instead, it is immediate game time with three hundred (300) game board layouts across four (4) game modes to keep players hooked and addicted to play. Play for a couple of minutes or hours – Mah Jong Medley can be played in easy mode or with increasing difficulty for more challenging play.

Mah Jong is a four player puzzle game that began in China and was popular in the 18th and 19th centuries and is based on draw and discard card games, similar to Rummy. Fast forward to the 21st century and the game now is played electronically on computers, tablets, or smart phones by a sole player or up to two (2) players. Mah Jong Medley is a Mah Jong solitaire puzzle game that tasks the player with removing tiles in pairs until the game board or layout is clear of all possible tile pairings.

Each game board or layout contains anywhere between seventy two (72) and two hundred eighty eight (288) tiles that are pre-arranged in a pattern the player selects with their face upwards or visible to the player. Tips and Tricks: a tile is marked open or exposed if it can be moved either left or right without disturbing other tiles and when there is no tile on top of it. The game objective is to match open pairs of identical tiles until the entire game board is clear or no other pair combinations are available. Tiles beneath other tiles usually cannot be seen. As the player works through the puzzle the covered tiles become visible and ready for matching. 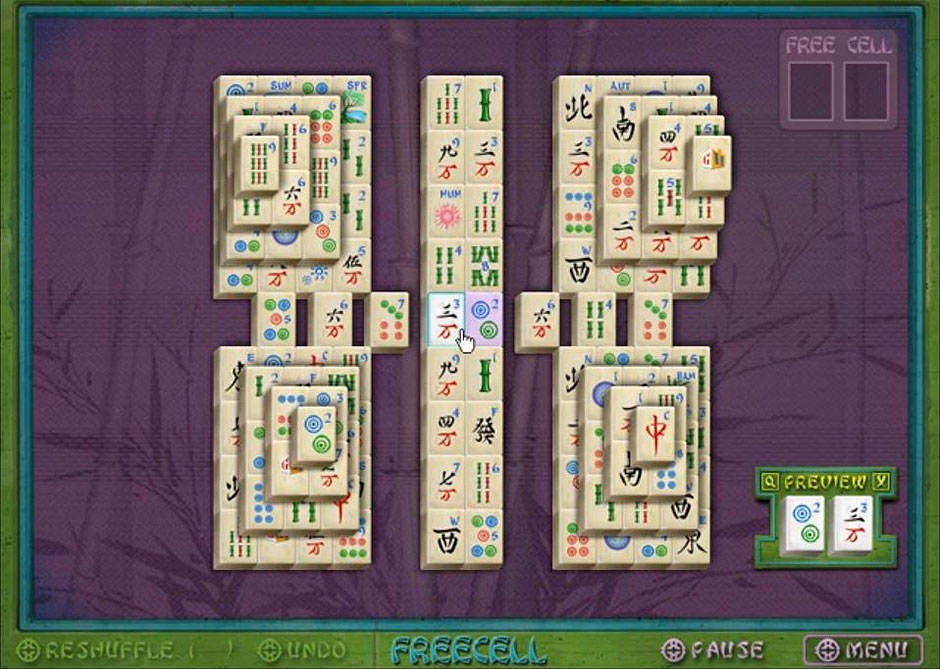 CLASSIC GAME MODE – “The classic tile matching game – but bigger!”
The Classic game mode follows traditional Mah Jong solitaire rules and objectives without alterations. The player must match like tiles together by clicking on identical tile pairs. Once the player clicks on the tile pairings, the tiles automatically disappear from the game board or layout. The game is finished when the game board or layout is completely clear or no other pairs are available to be matched. The Classic game mode contains an undo function – meaning the player can undo a move she or he has already made. 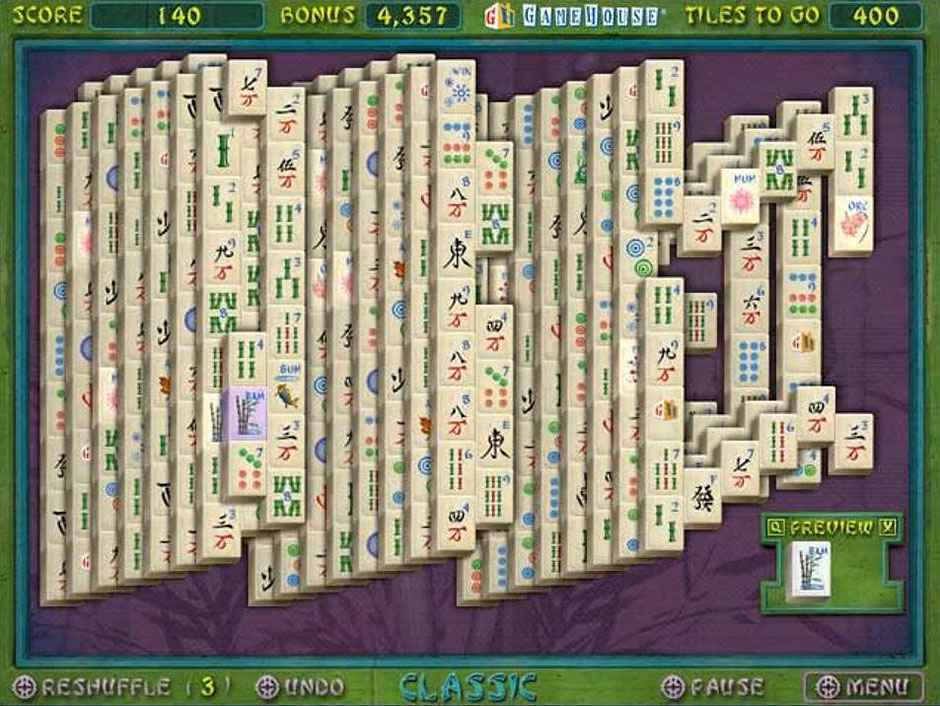 FREECELL GAME MODE – “The classic game with two special cells!”
FreeCell game mode follows rules and objectives of traditional Mah Jong solitaire games but with one major alteration. During play you are able to move up to two tiles into a free cell box that enables the player to access tiles needed from the game board or layout to match tile pairs. The objective of the game is the same as in Classic game mode. Match identical pairs of tiles until the game board or layout is clear or no other pairings are available to be formed.

The game is solved when no other pairings are available or the game board or layout is clear. The free cell box can also be used to store tiles temporarily until the player is ready to match the tile with its identical matching tile or to reshuffle tiles in order to complete a pairing. The FreeCell game mode permits players to reshuffle the game board or layout and undo previous moves. 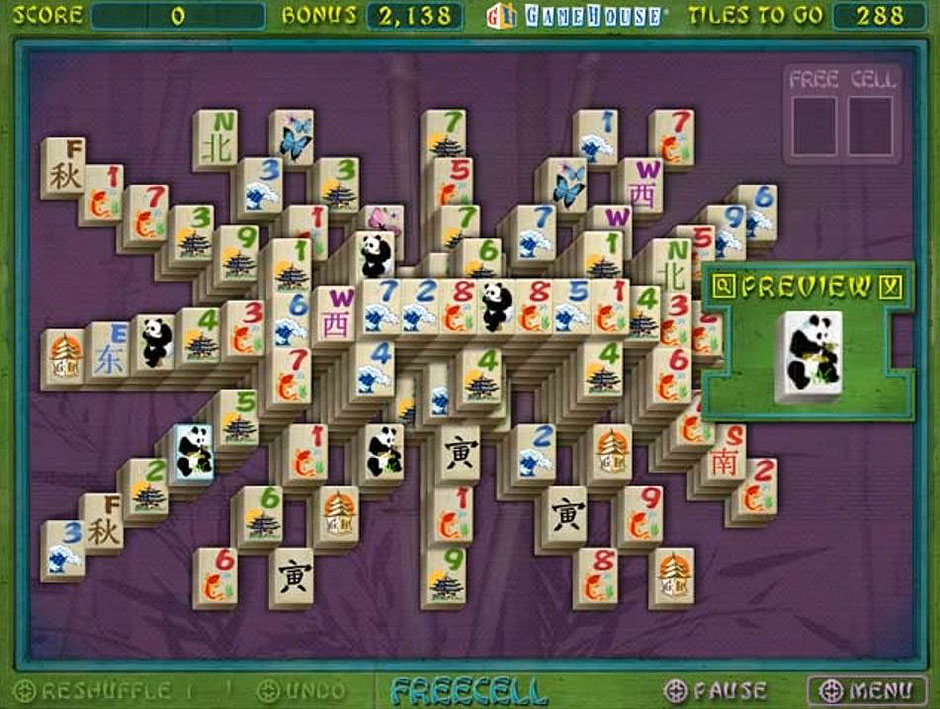 The next two game modes contain rules that are not found in traditional Mah Jong solitaire games. Review these sections multiple times and practice before playing the game in earnest.

TEN GAME MODE – “Match tiles that add up to ten!”
In Ten game mode, the objective of the puzzles is to match one tile with another tile to make the sum of the pair equal to the number ten (10). The Ten game mode allows the player to undo a move and backtrack play and reshuffle the game board or layout once during gameplay. 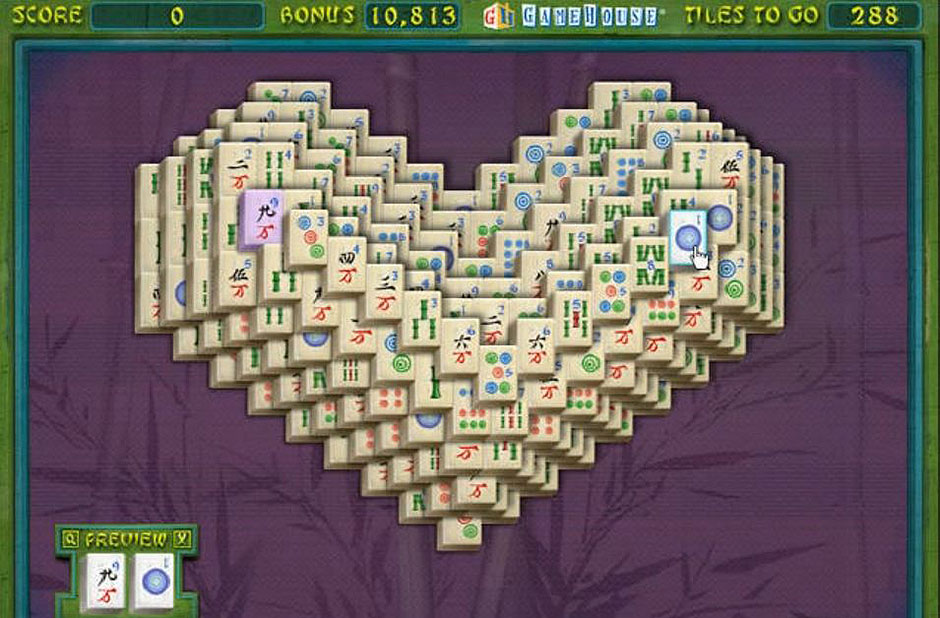 ADDICTION GAME MODE – “A solitaire game of arranging the tiles in order!”
In Addiction game mode the objective of the puzzle is to arrange the tiles in numerical order from lowest to highest or one (1) to nine (9). The tiles are laid out in a series of grids in rows with blank spaces. The player clicks on a selected tile and places it in the blank or missing tile space until each row contains a grid of tiles in numerical order from one (1) to nine (9). Each play in the Addiction game mode can be undone by clicking on the Undo button. Reshuffle the game board or layout is not permissible. 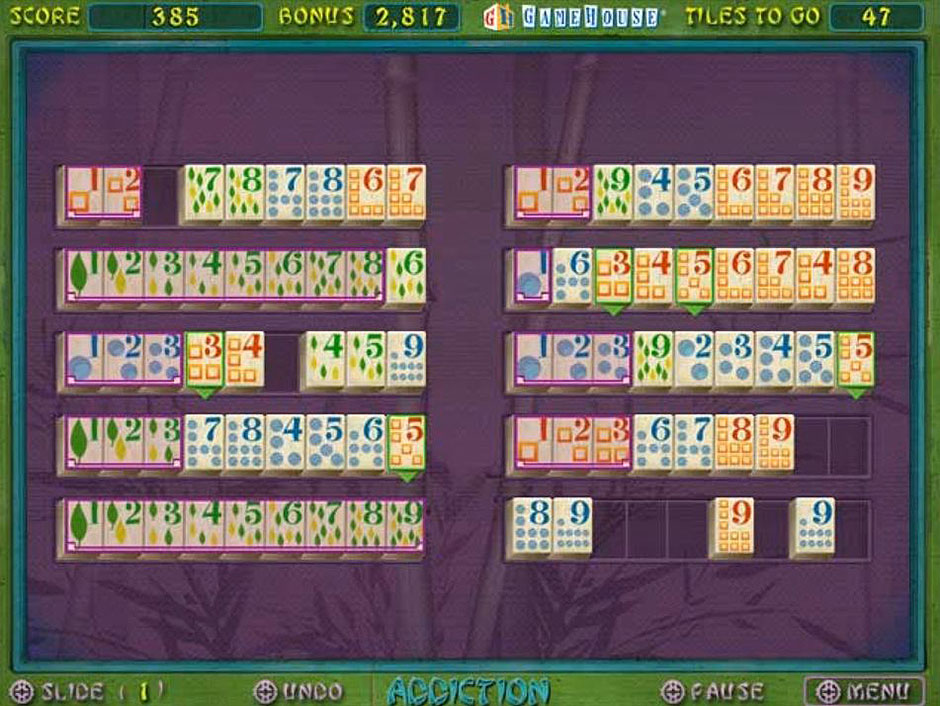 Solitaire games are mostly designed for gameplay by a solo player. Mah Jong Medley however, can be played by two (2) players. The objectives of the puzzle, when two (2) players are playing the game, are to accumulate the most pairs, to be the last player to make a matching pairing, or to accumulate or score the most amount of points.

The Mah Jong Walkthrough Gameplay guide is meant as a guide and does not contain cheats, hacks, or serials.