It’s Seafair in Seattle this weekend, and the Emerald City is abuzz with hydroplane races, the U.S. Navy Blue Angels and other activities to enjoy under the summer sun. Come along and explore this annual festival with a nearly 65 year tradition!

Seafair is one of many events that bring Seattle area residents out to celebrate our beautiful summer weather, but this one really gets our adrenaline flowing!

Since its beginning in 1950, Seafair has energized the Emerald City with plenty of activities to satisfy everyone from active participants to spectators like myself. There’s no shortage of fun under the sun during Seafair! 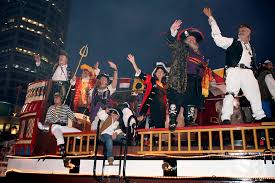 Seafair offers numerous ways for Seattleites to enjoy the summer: The Rock ‘n’ Roll Marathon & ½ Marathon, the Torchlight Run and the Torchlight Parade, featuring the Seattle Seafair Pirates, attract thousands of people who either participate or watch from the sidelines.

Thrills on the Water 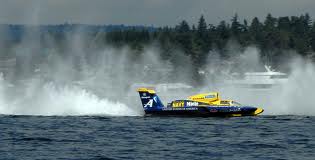 Looking for excitement on the water? How about watching the numerous hydroplane races on Lake Washington? These annual summer events are total crowd pleasers with the fastest racing boats on earth! The H1 Unlimited Hydroplanes are powered by turbine engines delivering 3,000 HP and can reach speeds in excess of 200 mph! Now that’s really flying on the water!

There’s also F1 Prop Tunnel Boat Races, the Hyperlite Wakeboard Experience and the Seafair Vintage Hydroplane Exhibition. And I can’t forget to mention Seafair Fleet Week with its parade of ships and vessel tours. Again – no shortage of summer fun at Seafair!

Thrills in the Air! 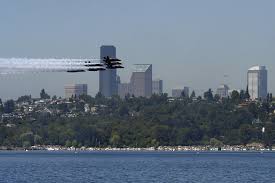 Now to perhaps the most exciting part of Seafair, the U.S. Navy Blue Angels formation flights! For years, this cream-of-the-crop aerobatic team has thrilled us with their highly skilled, precision flying above Lake Washington and around downtown Seattle. But the skies will be filled with other exciting performances from the Flying Heritage Collection, the Air National Guard Aerobatic Team and the Patriots Jet Team…to name just a few.

Those of us living near the flight paths have learned to ‘batten down the hatches’ as the thundering roar of fighter jets and some massive military airpower soar overhead. Windows really rattle! But the thrill as these powerful planes sneak up on us (they travel so fast that it’s almost impossible to hear them coming) is something not to be missed.

Summer Sun to Enhance the Fun 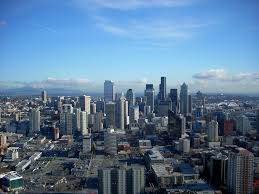 You know the old adage that “it rains all the time in Seattle,” right? Well, don’t you believe it! We get plenty of summer sun and this weekend promises to bring some of the brightest, warmest weather we’ve had in several years. Temperatures are running in the mid-to-upper 80s (our average high temperature for this time of year is 76) and there’s hardly a cloud in the sky.

We’re fortunate to live in such a beautiful climate and I invite you to visit Seattle to experience it for yourself. Just don’t forget to bring your sunblock!  :)