Which GameHouse Games are the Longest? Plus, Celebrating 2,500 Games!

GameHouse has reached a new milestone! Not only did we recently celebrate 1,000 subscribers on our YouTube channel, but now we’re cheering for another exciting accomplishment: 2,500 games! There are now over 2,500 games to play in the GameHouse library – meaning if you played a new game every day, it would take almost 7 years to play them all.

In celebration of this new milestone, we’ve gathered a list of 10 of our biggest games. Can you guess which GameHouse Original Stories game is the longest? Or which puzzle game has the most levels? It’s time to reveal 10 of the longest GameHouse games!

Runefall 2 is one epic Match 3 journey. Explore the new kingdom of Silverdale in the sequel to the popular Runefall. A collection of long-lost runes has been stolen from the people of Rivermoor. Now you must harness the power of all-new power-ups and upgrades to track down the bandit responsible! This GameHouse Premiere exclusive was one of the most popular Match 3 games on 2019, and for good reason: Runefall 2 is a massive Match 3 adventure featuring fully voiced characters, a huge selection of challenging levels, and beautiful HD graphics. 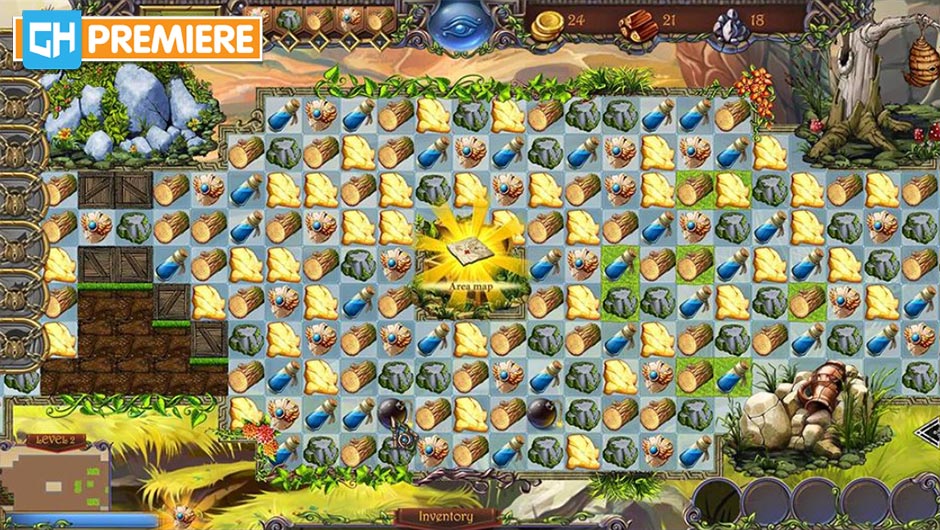 Clutter IX – Clutter IXtreme is one of the biggest Hidden Object games to date. Explore over 1,000 replayable levels, including the 100 Level Quest! Featuring a wide variation of layouts and object sets, this ambitious GameHouse Premiere game will keep you happily occupied for days on end. Fan-favorite levels from previous Clutter games also make an appearance, easily making Clutter IX the most addicting un-Hidden Object game you’ll ever play. 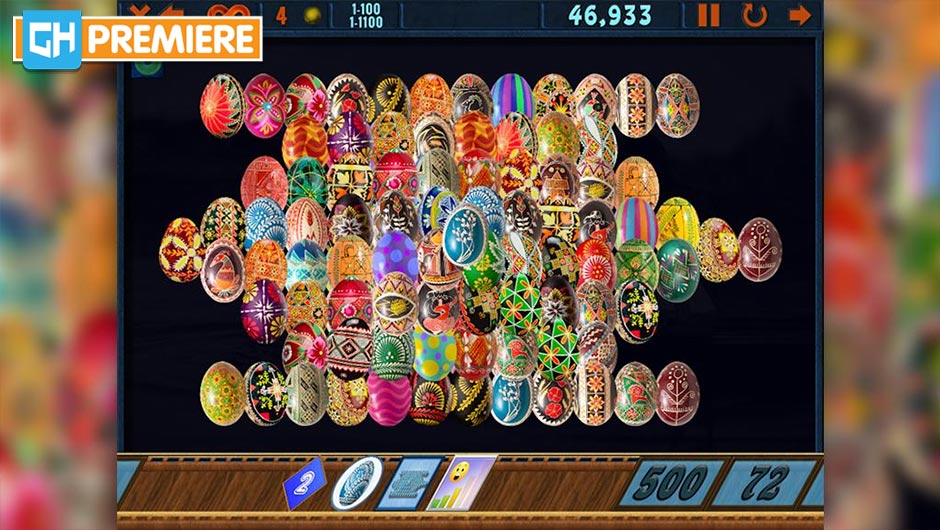 It doesn’t get bigger than Hollywood! Fabulous – New York to LA isn’t only Angela’s biggest game, it’s also the longest GameHouse Original Stories game to date! Over 250 story-driven Time Management levels and challenges follow the next big step in Angela’s career. Will she strike it big on the Walk of Fame? Or will her dreams end in a walk of shame? It’s time to show the world how Fabulous you are! 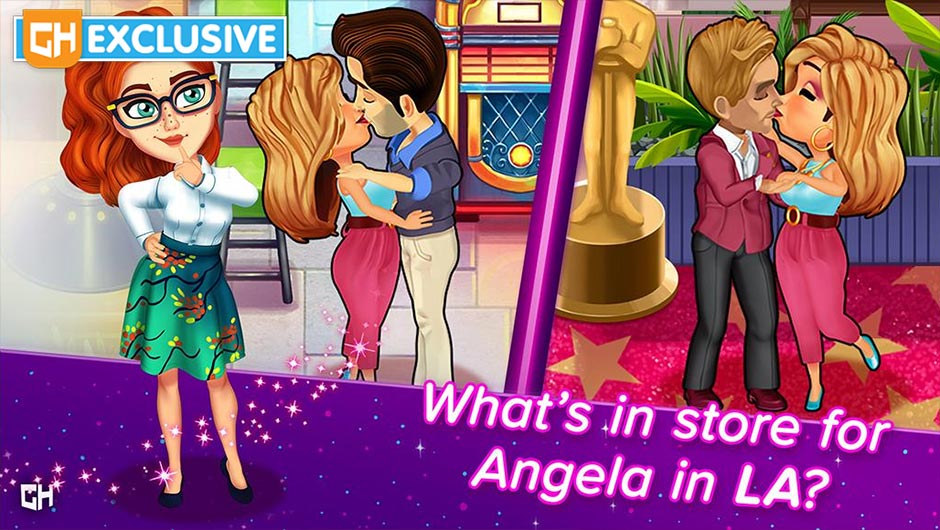 Take a bite out of the Big Apple with Big City Adventure – New York City. The Big City Adventure series is known for its massive size. These classic Hidden Object games bring some of the world’s most exciting cities to life through gorgeous Hidden Object levels. The fun doesn’t stop there, either – master bonus Mahjong and Match 3 minigames to unlock new locations! Why stress about traveling? Explore one of the world’s biggest cities and become the ultimate virtual tourist! 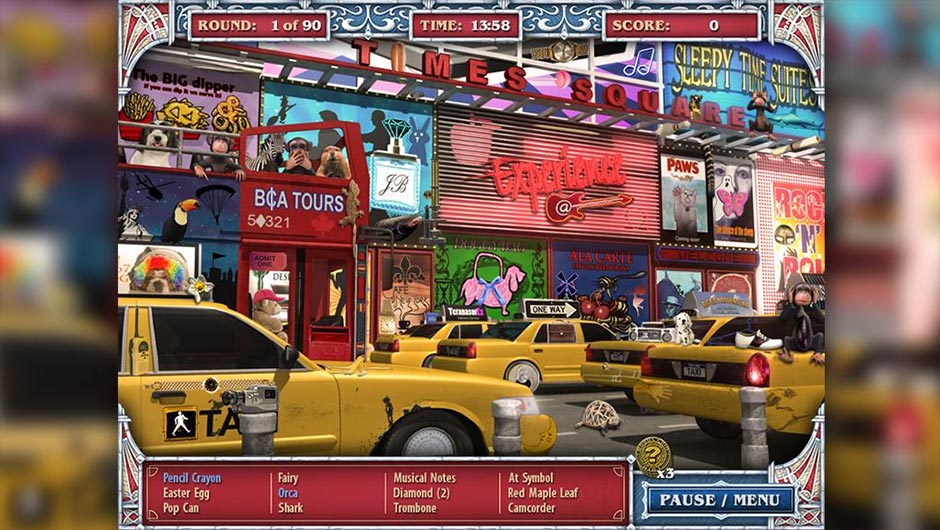 Epistory – Typing Chronicles reveals a gorgeous world that unfolds around you – literally! Inspired by the art of origami, take on the role of a writer chasing her muse and ride upon the back of a legendary fox. This unique action-adventure game doubles as a typing simulator. Touch up your typing skills as you play and unlock new worlds. Epistory boasts not only a unique and moving story, but a whole new way to practice your typing skills. Keyboard training has never been more epic! 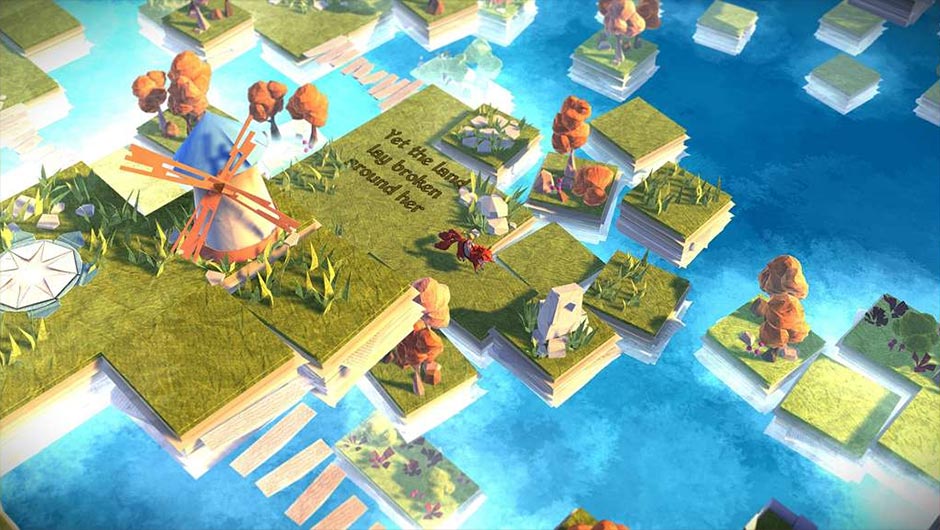 In Vitra is a role-playing game inspired by classic Japanese RPGs. And if there’s one thing RPGs are known for, it’s their size! In Vitra is no exception. Hours of gameplay await in his massive game, from strategic turn-based battles to skills and spell mastery. Join a band of four legendary heroes and find a cure for a deadly disease which plagues the land. Just when you think you have all the answers – the plot thickens! 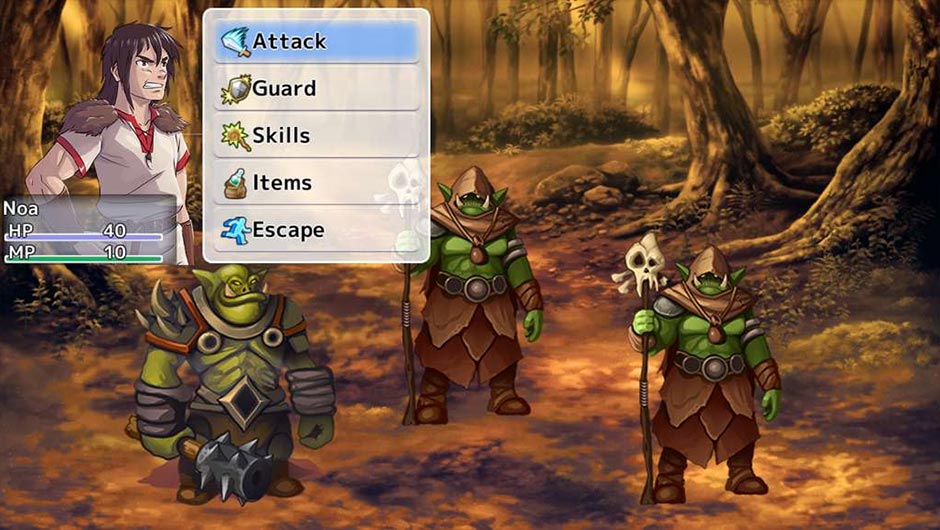 If there’s one game that never gets old, it’s Solitaire. Solitaire Dragon Light mixes the best parts of the classic card game with an exciting story and fantastical new elements. Desperate and alone, the dragon prince searches for a cure for the ailing king. In a medieval world filled with sorcerers, elves, and all manner of mystical creatures, everything depends on you. Explore 5 vibrant worlds and over 150 unforgettable Solitaire levels in this dragon-sized card game! 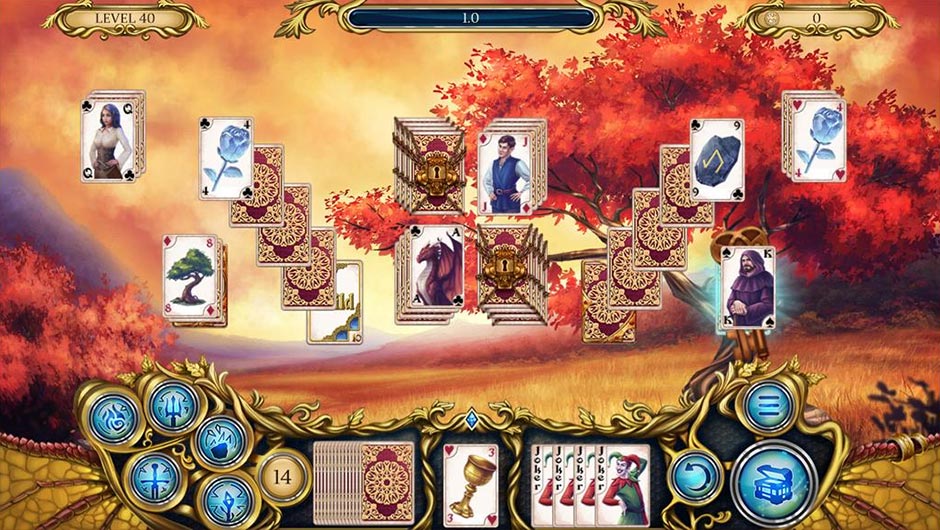 The work of a rescuer is never done! Rescue Team – Evil Genius rallies the Rescue Team once again to take on the forces of nature. Volcanoes, earthquakes, blizzards – no force is too dangerous for the Rescue Team! Yet when a mad scientist begins to harness nature’s power, only the Rescue Team can put a stop to his nefarious plans! Navigate your way through disaster zones, gather resources, find the best rescue routes, and complete dozens of challenging levels that will keep you occupied for hours on end. 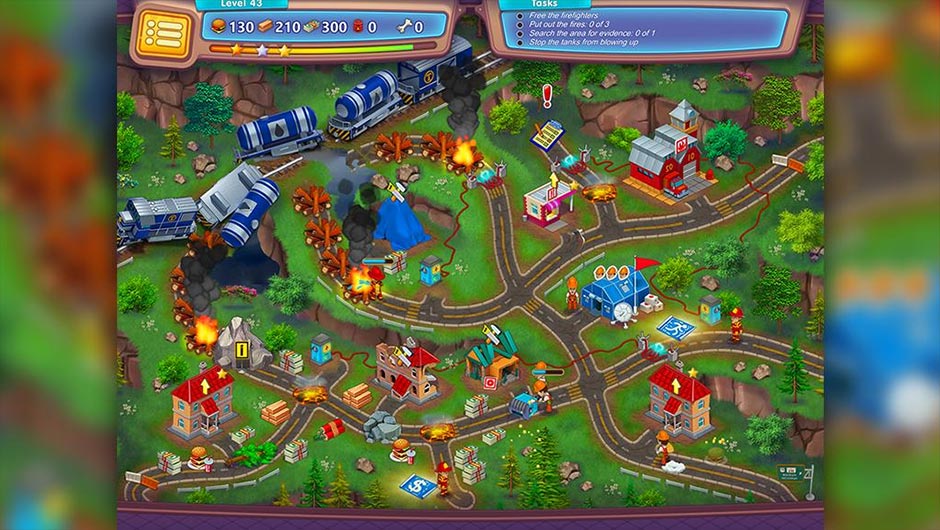 We’ve revealed the biggest Time Management games. But how about the biggest Puzzle game? 1001 Jigsaw – 6 Magic Elements boasts a whopping 1,001 puzzle backgrounds to choose from. But that’s not all: Customize your puzzle experience by choosing the number of pieces to play with, too! Fans of Jigsaw puzzles will love the variety 1001 Jigsaw brings to the table. Assemble puzzles to your heart’s content, all to the tune of relaxing music. 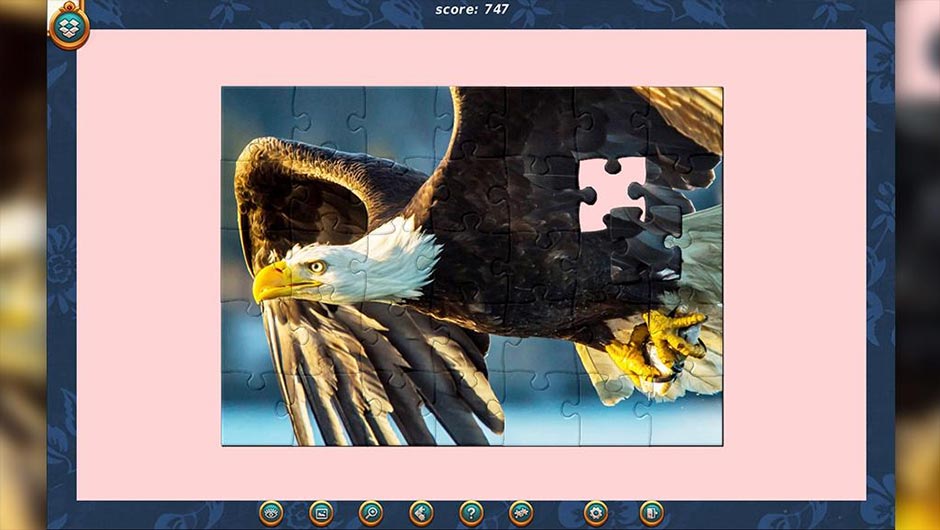 Hungry for another big game? Cat on a Diet is an Action game with quite the appetite. The world’s hungriest cat is desperate to eat more cookies. But how long will it be before his owners catch on? This humorous game is all about satisfying cravings. With over 100 challenge levels to play, and hilarious cat costumes and achievements to unlock, Cat on a Diet is the ultimate snack platter for players looking for a well-balanced dose of humor and strategy.

Play Cat on a Diet 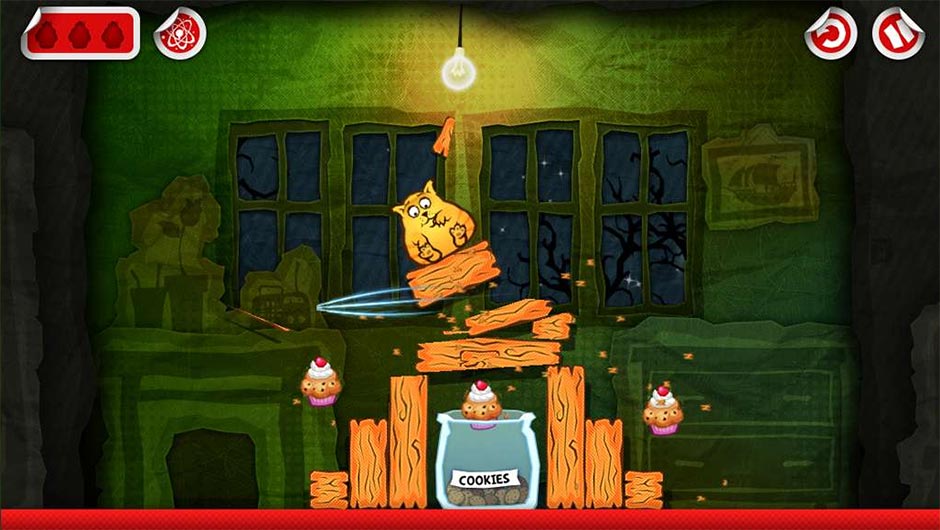 Cat on a Diet – GameHouse

New Reasons to Play, Every Day

More new games and GameHouse Premiere exclusives are on their way! Sign up today to become a GameHouse Member and play our entire library of over 2,500 games for free with no ads or time limits. Members get to play new exclusives first, so reserve your spot today and never miss a new game!

Do you have a favorite game you keep coming back to? Tweet #BestGame and let us know on Twitter!