It’s almost time for Zapplin Time! The Roaring Twenties. With the newest GameHouse exclusive Hidden Object game right around the corner, what better time to meet the characters who will accompany you on your trip around the world? Without further ado, let’s meet the cast of Zapplin Time! 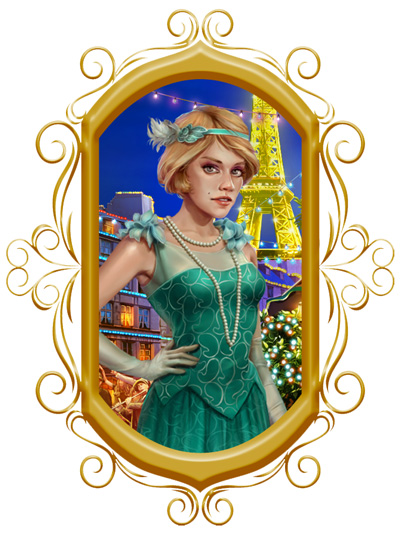 Fun, friendly, and ready for adventure, Amelia is a free-spirited young woman who can find the best in any situation. Amelia is a flapper in the truest sense, ready to wear her joy on her sleeves and dance the night away. Yet there’s more to life than parties and entertainment! Amelia’s inquisitive nature and positive outlook on life make her a force to be reckoned with. Her love of architecture has led her aboard the Zapplin, where she hopes to see and experience the roaring 20s firsthand. 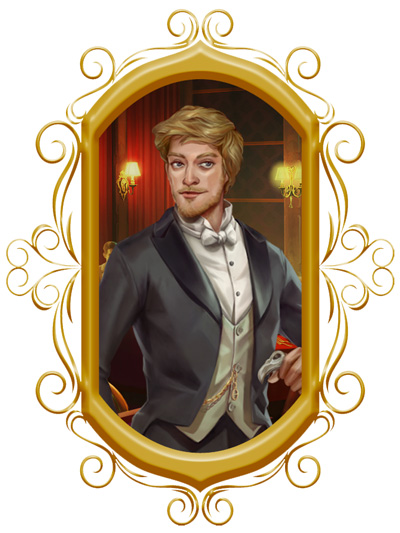 Ever the polite gentleman, Charlie’s empathetic nature and insatiable curiosity make him not only a delightful traveling companion, but a wonderful associate as well. His friendly disposition and compassion for the common individual shines in his social etiquette. As a traveler aboard the Zapplin, Charlie is eager to converse with the other passengers and see the world with his own eyes. 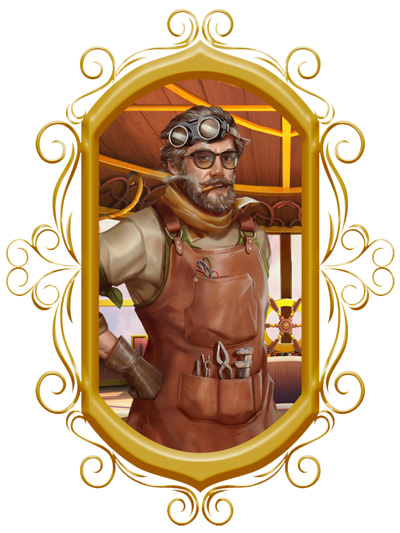 Zapplin’s tech-savvy pilot, Paul lives to tinker with mechanical marvels. Don’t be fooled by his grumbling – Paul is a teddy bear at heart. Loyal, reliable, and creative, the pragmatic engineer may be a man of few words, but his love of technology and engineering are showcased in the very design of the Zapplin. Who knows? If you impress him enough, he may even let you customize the ship and make a few changes of your own!

An eloquent woman of the upper class, Ruby may look prim and proper. However, beneath that façade lies a woman of revolutionary ideas. Bored with the droll nature of high society, Ruby has boarded the Zapplin in search of one last great adventure. Though she may seem somewhat naïve, her motherly nature and sharp wit make her the star attraction of any social gathering. With Ruby aboard the Zapplin, you’re guaranteed entrance to the most stunning parties the Roaring Twenties has to offer! 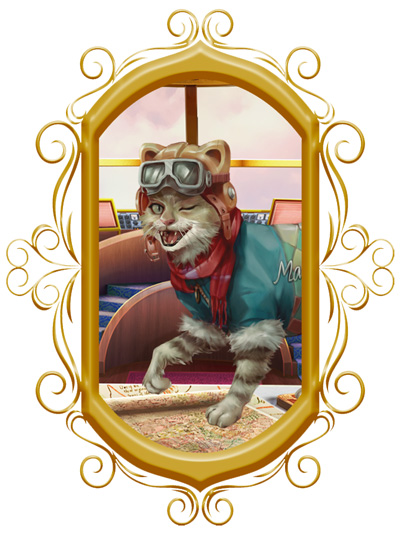 What’s a ship without a cat? The sassy, self-professed Zapplin mascot Maxine always has something to say! The feline’s dry humor coupled with her undeniable god complex may make her a bit of a pain to deal with. However, Maxine quickly makes up for it with her charm and love of painful puns.

About Zapplin Time! The Roaring Twenties

Zapplin Time! The Roaring Twenties is a brand new GameHouse Exclusive Hidden Object game that offers an unprecedented look into the 1920s. Experience the era of opulence firsthand in Parisian cafes beneath the Eiffel Tower, in the daring cabaret clubs of Berlin, invigorating Gatsby-style New York mansion parties, and more! But there’s more to the roaring 1920s than flashy parties. That’s where the time-travelling airship Zapplin comes in, offering players a vehicle through which they can travel to over 20 worldwide historic locations and events.

Stay tuned on the GameHouse blog for more upcoming Zapplin Time! news. You can also follow our social media channels for announcements on the game and upcoming features.

Zapplin Time! The Roaring Twenties is releasing exclusively at GameHouse.

Don’t miss out on this rip-roaring Hidden Object adventure!